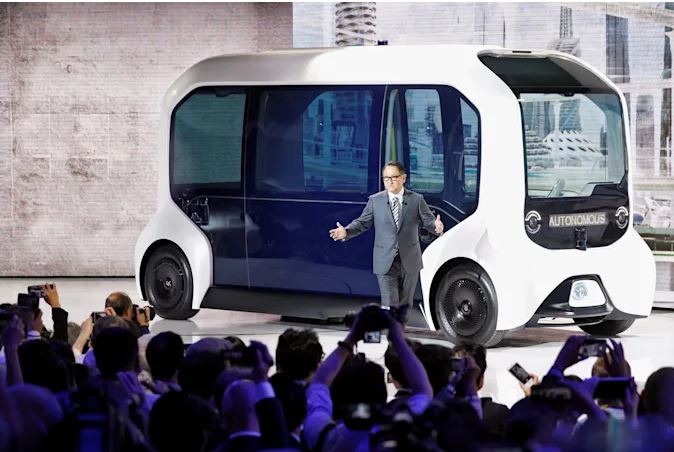 Toyota pulls out self-driving e-Palettes from the Paralympics

Four days into the Tokyo Paralympic Games 2020, Toyota removed its self-driving e-Palette vehicles from the event following a collision with a person. The automaker made the decision Friday, according to Reuters, a day after one of the pods hit a visually impaired athlete who was walking nearby.

According to a video statement from Toyota CEO Akio Toyoda, reported in English by Reuters, the vehicle had stopped at a junction and was about to turn under manual control from an onboard operator when it hit the pedestrian at one or two kilometers-per-hour. The identity of the athlete has not been released to the public.

Toyota first announced its plans to deploy e-Palettes at the games in October 2019, before the coronavirus pandemic forced the organizers of the Olympics to delay t0 2021. The plan was to issue a fleet of 20 vehicles, each of which could run at up to 12 miles an hour on a designated loop. Notably, the plan also called for a human safety attendant on board in case something went wrong.

Toyota also said at the time that the vehicles were adapted for the Paralympic Games, with an electric ramp on each vehicle and room for up to four wheelchairs. Additionally, Toyota adjusted some of the e-Palette’s vehicle interior elements to accommodate color-blind persons.

The injured pedestrian appears to not have been seriously hurt. After receiving medical attention, they reportedly walked back to their lodgings. The athlete is now expected to compete Saturday at 10:30 am local time.