You now have a chance to purchase a seat aboard one of Virgin Galactic’s space tours — provided you can afford to pay $450,000 for it. The company has reopened ticket sales less than a month after Richard Branson, its founder, flew with other “mission specialists” for Virgin Galactic’s first fully crewed spaceflight. It made the announcement alongside its financial results for the second quarter of the year, wherein it also said that the private space corporation “made meaningful progress towards commencing commercial service in 2022.”

Virgin Galactic is giving you three consumer options to choose from. In addition to a single seat that costs almost half a million, it’s also selling multi-seat packages for groups and offering full-flight buy outs. The current iteration of the company’s VSS Unity spacecraft can seat four passengers in addition to two pilots, so selling full flights isn’t out of the realm of possibility. Virgin Galactic will prioritize its “significant list of early hand-raisers,” though it will create a follow-on priority list for customers interested in reserving future flights.

As CNBC notes, its next scheduled flight will have members of the Italian Air Force onboard. After that, the company will take a break until mid-2022 to refurbish VMS Eve, its jet-powered carrier aircraft. Since there will be one more scheduled test flight after that period, that means Virgin Galactic is delaying its first official flight for paying astronauts again. Earlier this year, the company was hoping to launch its first commercial flight in early 2022, but it now told CNBC that its new target is sometime in the late third quarter of 2022. 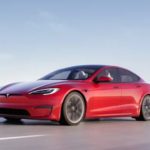 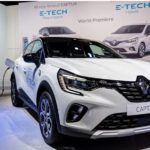