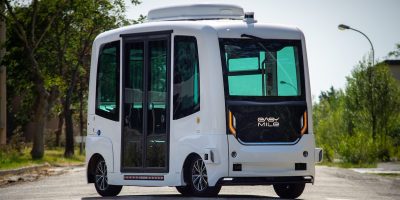 NHTSA (also known as The National Highway Traffic Safety Administration) has partially suspended the US operations of France’s EasyMile after a passenger in Ohio was hurt while riding in one of the company’s self-driving shuttles. EasyMile can carry on operating its shuttles while NHTSA investigates, but the company can’t transport any passengers.

EasyMile currently runs its self-driving shuttles in a handful of US cities, including in Ohio, Columbus, where two of them have been running alongside a nearly 3-mile loop in a suburban area at speeds of at least 25 miles per hour, according to Reuters. But only previous week, one of those vehicles made an “emergency stop” from a speed of only 7 miles per hour, and a passenger tumbled out of their seat as a result.

A local news account says the passenger “sought medical attention” and that Smart Columbus (the citywide transportation project that employed EasyMile) stopped the service out of caution. The two shuttles started running the loop previously this month.

In spite of the agency taking a very laidback approach to regulating autonomous vehicles under the Trump government, this is not the first time NHTSA (which is part of the Department of Transportation) has interfered in a self-driving shuttle trial. In 2018, the agency stopped an autonomous school bus project in Florida that employed EasyMile shuttles, terming the program “unlawful.”

The decision to suspend EasyMile’s procedures came on the same day that the National directed Safety Board (NTSB) denounced NHTSA during a hearing about a deadly crash involving Tesla’s Autopilot system. Members of the NTSB — which is a sovereign government agency with no regulatory authority — took NHTSA to task for not controlling advanced driver assistance systems like Autopilot and for not answering to multiple safety board recommendations.

“I want to join in stating disappointment by the lack of leadership which NHTSA has shown in the sphere of addressing issues concerning the safe development and employment of vehicles with driving automation systems,” NTSB board member Thomas Chapman said. 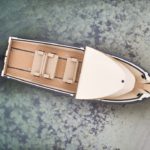 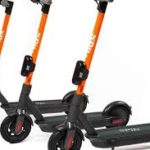