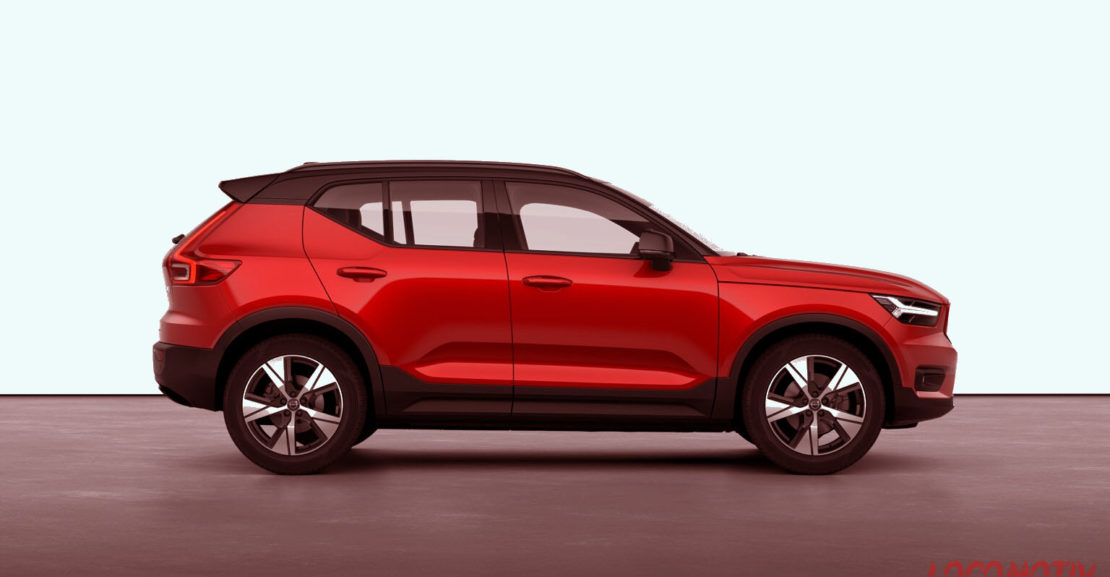 Volvo was one of the pioneer automakers to announce its plans to address the issue of carbon emissions. In 2017, the Swedish OEM declared that it was ending development of diesel engines. After a few weeks, it vowed that every new Volvo announced from 2019 would be electrified in some way, whether that be as a plug-in hybrid electric vehicle, a mild hybrid, or a battery-electric vehicle.

Recently, Volvo Cars CEO and President Håkan Samuelsson got even more concrete, saying that the company is targeting for plug-ins to make up  20% of all its new vehicle sales in 2020 and 50% by 2025. “Though you never really know how the customers will respond,” he added.  The customers still have to want to buy the EVs Volvo wants to sell. To accomplish that, Volvo is going to be introducing a new BEV each year. Today in Los Angeles, we got acquainted with the first of these—the new battery-electric XC40 SUV.

The XC40 first presented in 2017 as the first vehicle to use Volvo’s new Compact Modular Architecture. It is the same structural design that provides the foundation for the forthcoming Polestar 2 BEV, as well as automobiles from Geely and Lynk & Co. Till now, any XC40s on the road up will have been conventional internal combustion engine-powered crossovers. But with this new model, all that changes.

The new vehicle is named the XC40 Recharge, a label that Volvo will attach to all its plug-in vehicles (both BEV and PHEV) going forward. Well it is not some kind of compliance car, with batteries embedded in wherever possible; CMA was designed at the beginning to support BEVs in addition to PHEVs and non-hybrids.

Apparently, minute differences set the XC40 Recharge apart from its highly-powered siblings—the biggest bargain is the blanked-off radiator grille, and searching eyes might spot the “Recharge” imprinted into the black plastic of the C pillar. Under the cover, the XC40 Recharge powertrain looks exactly how you suppose it might—an electric motor at both axle and a lithium-ion battery positioned in-between. Torque output and total power is 660Nm (487lb-ft) and 300kW (402hp), and the battery pack is well-sized at 78kWh.

The interior is the usual classy Nordic interior design we expect from Volvo these days. The most apparent internal impact of going full BEV is under the hood, which now opens up to disclose a frunk for extra cargo room. Different from the shallow tray you’ll find under the nose of an Audi e-tron, this one actually looks comparatively useful.

Drivers concerned about tech will be interested to know that the XC40’s digital systems are all unique. The car’s suite sensors (cameras, radar and ultrasonics) allow a new generation of advanced driver-assistance systems (ADAS), established by Zenuity which is a joint venture between Volvo and Veoneer. The infotainment system is now entirely Android-based, like the Polestar 2. The hidden software is the same across the brands, but Polestar and Volvo will each use different UI layers, and the Android-based infotainment will begin appearing in current Volvo models as they get their mid-life revival.

The head of the digital at Volvo, Ödgärd Andersson, says that the option to go with tight Android integration was down to the end-user experience. “The voice services and maps are world-class,” she told Locomotiv.Tech. “It’s what people want, and those services will continuously get real-time updates.”

The electric XC40 is also the first Volvo that will obtain software and operating system updates over the air. Over-the-air or wireless, software updates were promoted by Tesla, which has used the ability to evolve its vehicles over time. Tesla has used the OTAs to repair software bugs,  improve performance and roll out new features in its infotainment system. Volvo plans to use OTAs for the operating system and other software in the vehicle.

Moreover, using Android considerably drops the barrier to development for third-party apps, something Volkswagen also quoted as its reason for choosing Android for its latest generation of infotainment. Exact pricing has yet to be disclosed, but Volvo told us that when the XC40 Recharge goes on sale in 2020, it should cost less than $48,000 after the $7,500 IRS tax credit is taken into account.

NEXT 30 Oct 2020
Autonomous Scooters To Hit The Cities Soon